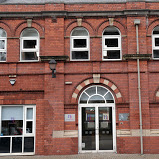 In 1988 I suffered a mid temporal lobe brain injury – so the Court of Protection was NEVER appropriate.
Pannone's dragged my of my PhD in 2001, and gto my signed up with the Court of Protection. With Hugh Potter as my administrator. He NEVER flagged up the receivership was inappropriate and illegal.
Hu Jones took over – and now ghas his own law firm. So in all the 13 years he has administered my affairs, has never flagged up the receivership was illegal.
Now 400 judges have been struck off in the CoP: presumably MY judge. Whoi never met me, and signed me up without me ever having had a frontal lobe brain injury.
So Hugh Jones has progresses a totally inappropriate and illegal mental health recevership for 13 years. The law firm, Pannones was sold 3 years ago, as the judges were struck off.


So Hugh Jones has prescided over a totally inappropriate mental health receivership – and that is his business.
Posted by Jonathan Thomason M.Eng at Tuesday, October 03, 2017